Sweeping, Bewitching, Divinely Dissonant: A Review of Alex Weiser’s Album and all the days were purple

Sweeping, Bewitching, Divinely Dissonant: A Review of Alex Weiser’s Album and all the days were purple

I first heard a rough cut of Alex Weiser’s song cycle and all the days were purple on a humid August day in 2017 as I lay sprawled across my bed in my cramped, sun-soaked West Harlem apartment. It was a pivotal moment for me; I had just finished an immensely inspiring but emotionally and intellectually draining six-week Yiddish summer program, I was confronting a crossroads in my love life, and I was preparing to move away from New York City and back to a region where I had spent a transformative four years. As I listened to the Yiddish words, newly comprehensible to me, of Anna Margolin and Rokhl Korn, I felt the chasm between me and my cultural heritage—a chasm that I had bemoaned, probed, attempted to measure, especially over the previous six weeks—closing. These words had been written decades ago, but here they were set to startlingly contemporary music that could only have been written in the twenty-first century, could only have come after the innovations of composers such as John Cage and Steve Reich. This was new Yiddish culture, created in and for our current moment. These poignant sentiments of yearning, of the bittersweetness of companionship, were my sentiments. My dreams were full of longing. 1 1 Rokhl Korn, “Longing,” in track #4 on and all the days were purple, Alex Weiser, Cantaloupe Music, 2019. All my days were purple. 2 2 Anna Margolin, “My Joy,” in track #1 on and all the days were purple, Alex Weiser, Cantaloupe Music, 2019.

Nearly two years later, now as a finished album rather than a rough cut, the songs still move me in this way. Alex Weiser’s and all the days were purple, recently released by Cantaloupe Music, is perfectly titled: this evocative line, which ends Anna Margolin’s poem “My Joy,” as translated by Shirley Kumove, captures the aching sense of longing that runs through the entire album. Drawing upon the vast archives of YIVO, where he serves as Director of Public Programs, Weiser has set several poems to music: Yiddish-language poetry by Abraham Sutzkever, Anna Margolin, and Rokhl Korn, and English-language poetry by Edward Hirsch, Mark Strand, and William Carlos Williams.

The diversity of Weiser’s selection of poems speaks to the richness and diversity of modern Yiddish literature, as he mines Yiddish high culture for material, from the existential to the erotic. His choice to intermingle Yiddish poetry with English-language American poetry serves as a reminder, for those who may need it, that Yiddish literature and culture did not exist in a vacuum; while Sutzkever, Korn, and Margolin were writing, so too were poets all over the world, in all languages, and Yiddish poets, like any others, were engaging with other literary traditions. In addition, the mixture of Yiddish and English is appropriate for an album that is quintessentially Jewish American: as Weiser told me, “When I was picking texts for the songs, I simply chose ones that spoke to me. The Yiddish and English appearing side by side felt like a natural reflection of my American Jewish experience.” 3 3 Alex Weiser, interviewed by Miranda Cooper, April 30, 2019.

Weiser’s training as a composer began in high school, where he wrote pieces for Stuyvesant High School’s symphonic orchestra and took composition and theory and conducting courses. He continued his studies as a music major at Yale, and then got a Masters in music composition at NYU. His music sits squarely at the forefront of the contemporary classical music scene. Cantaloupe Music, the record label that released Weiser’s album, counts among its founders and current artistic directors the acclaimed American composers Julia Wolfe, David Lang, and Michael Gordon of the distinguished Bang on a Can festival. and all the days were purple has been extraordinarily well-received, landing spots on the Billboard chart and iTunes bestseller list in the Classical category. Evidently, Weiser’s album is reaching beyond the Yiddish world, achieving recognition among connoisseurs of contemporary classical music more broadly and bringing Yiddish into that sphere. He told me, “For me, the Jewish and Yiddish aspect is as much about finding a personal way to contribute to the classical music discourse as it is about making sense of my heritage. This poetry is both fully Jewish and fully a part of the kind of artistic and literary world that I love and was trained in. This album is as much about me finding a way that I can be a composer and an American as it is a Jew.” 4 4 Alex Weiser, interviewed by Miranda Cooper, April 30, 2019.

Weiser’s music style, utterly original and exquisitely unsettling, suggests a refusal to be limited by the expectations listeners might have about Yiddish music. Those who see Yiddish and expect klezmer will not find it on and all the days were purple, as Weiser refuses to utilize klezmer styles simply for the sake of it. There is nothing nostalgic, kitschy, or predictable about what he has done here; Eliza Baggs’ magnificent, ethereal vocals, combined with piano, percussion, violin, viola, and cello, are a perfect fit for the mood of the album, and the sweeping, bewitching, divinely dissonant nature of the music seeks to capture the feel of the poems themselves rather than use familiar musical motifs to vaguely gesture toward an Eastern European Jewish past. As Weiser told Eddy Portnoy in an interview for The Forward, “I think Yiddish culture is thought to be about certain stereotypical things, and art for art’s sake is not thought of as a Yiddish topic. You think of nostalgia, klezmer, a mother singing a folk song to her child, or a yeshiva, but you don’t necessarily think of it as a medium for reflecting on what poetry is…. just because they’re Yiddish poems, I’m not referencing Yiddish folk music, but rather using an abstract musical language to explore the ideas of the poems.” 5 5 Eddy Portnoy, “From Alex Weiser, A New Musical Home for Yiddish,” The Forward, March 27, 2019. The Yiddish poems that Weiser has set to music—such as Rokhl Korn’s “Longing,” a dreamy meditation on erotic anticipation, and Abraham Sutzkever’s “Poetry,” likening a poem to a plum described in lush, sensual terms—do not thematize traditional Jewish life but gesture toward the feelings and purposes of love, longing, and art. Weiser’s musical settings eloquently do the same.

On and all the days were purple, Yiddish is not just a postvernacular object, but rather a vehicle—like music—for human expression. Weiser’s contemporary take on the Jewish art song tradition, and his pitch-perfect transformation of modern Yiddish poetry into music, is proof positive of what Yiddishists constantly struggle to explain to others: as long as artists like Weiser continue to reintroduce gems of the tradition to new audiences and reinvigorate them with new life and creativity, Yiddish culture is no mere static relic of the past but rather a thriving and changing beast, yearning to be fed.

Cooper, Miranda. “Sweeping, Bewitching, Divinely Dissonant: A Review of Alex Weiser's Album and all the days were purple.” In geveb, May 2019: https://ingeveb.org/blog/and-all-the-days-were-purple.

Cooper, Miranda. “Sweeping, Bewitching, Divinely Dissonant: A Review of Alex Weiser's Album and all the days were purple.” In geveb (May 2019): Accessed Dec 02, 2022. 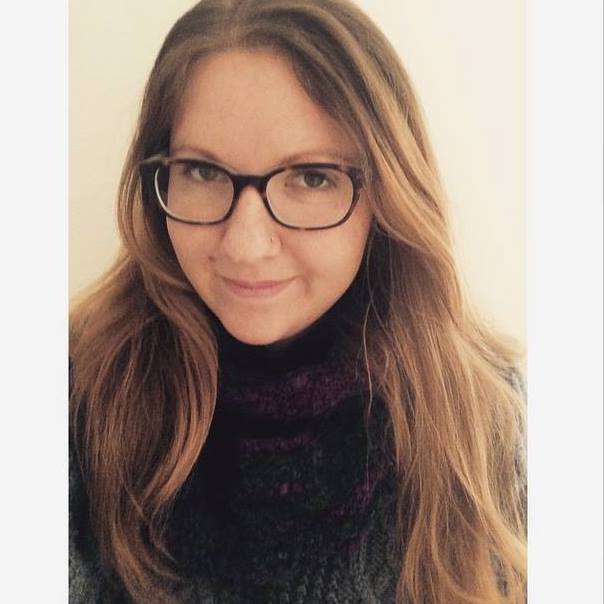 Miranda is the Cultural Reviews Editor for In geveb.

Yale Strom's Striking Vision: A Review of Shimmering Lights for All Seasons

Shimmering Lights by Yale Strom’s Broken Consort is joyful listening that cuts through the darkness at any time of year. 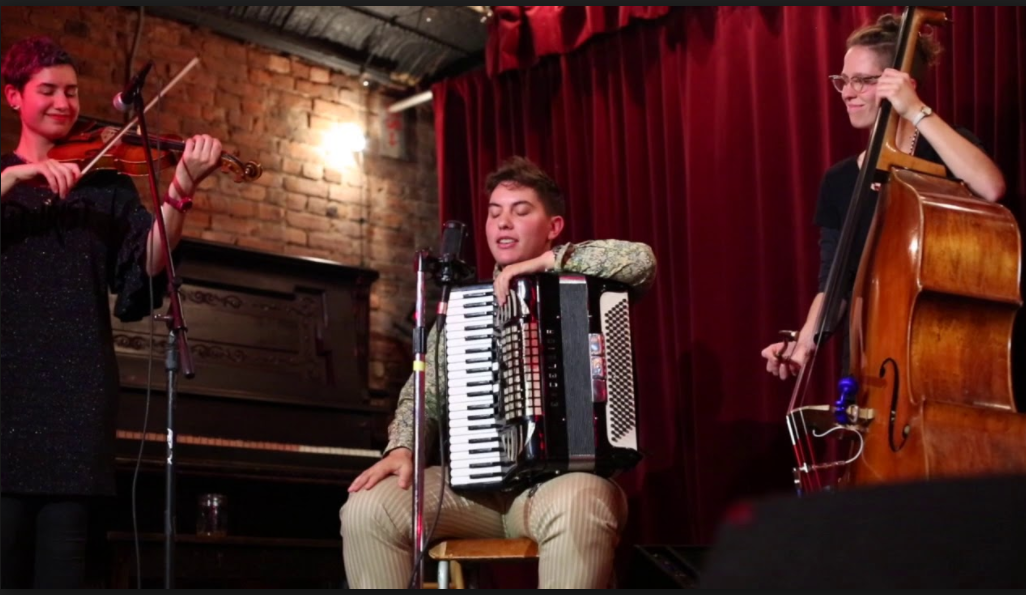 Noam Green on Tsiblele’s radically intimate sounds, and what it means to flag Jewish